"We are what we repeatedly do. Excellence, then, is not an act but a habit." Aristotle. 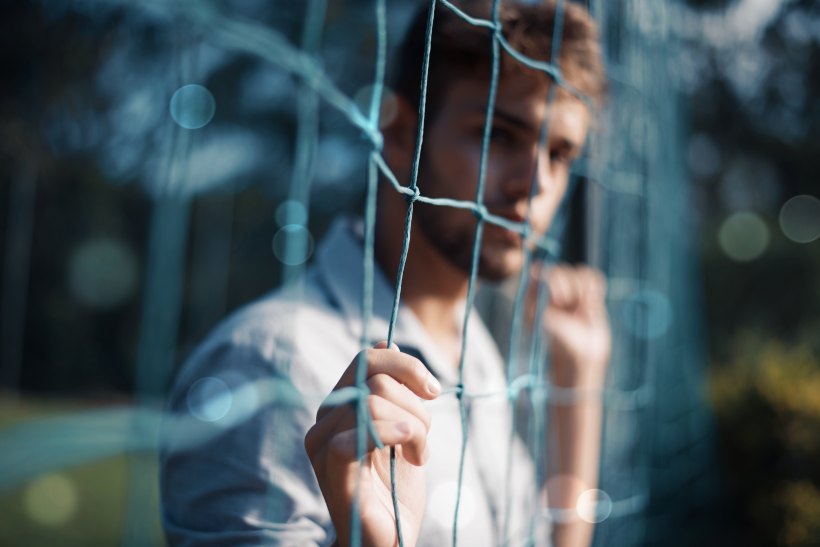 We associate “Mental ill-health at work” with coworkers’ bouts of anxiety or depression. Rarely does “CEO suicide” or “entrepreneurs burnout” come to mind. It might be because leaders’ mental vulnerability is even more taboo than employees mental stability even if nearly half of entrepreneurs (48%) have admitted struggling against mental challenges.

Small business owners often are under time pressure, investors pressure and have limited resources to run a successful company. The combination of constant stress, lack of sleep, emotional upheaval, bad diet and lack of interests outside their business make the small entrepreneurs extremely vulnerable to one or more mental health conditions such as ADHD or addiction.

This stigma attached to CEO mental disorder is most prevalent among small business owners, entrepreneurs and the self-employed. This is because self-promotion and creating a good impression is necessary for a leader’s survival. Admitting struggles with depression or anxiety is seen as a sign of weakness incompatible with the image they want to portray. However, promoting strengths in order to prove competence can in itself trigger an imposter syndrome (feeling like a fraud). Carl Fritjofsson, entrepreneur and founder of Creandum explains this very well “You feel like you trick people into believing in you”. If you fail, this will expose you as the fraud you perceive yourself to be.

The Imposter Syndrome can even provoke a physical reaction. Self-doubt increases the internal pressure to succeed which provokes a chemical imbalance in our brain. The level of cortisol (stress hormone) shoot ups whilst the level of dopamine (reward) and serotonin (mood stabilizer) decrease. As the neuroscientist Tara Swart describes it, this chemical imbalance creates “a rather nasty chemical cocktail of fear, shame, uncertainty and mistrust”, reinforced by the feeling of isolation and unpredictability characteristic to the small business owner’s role. And if this chemical imbalance persists, it can lead to mental illnesses such as depression, ADHD, addiction and bipolar disorder. In his 2015 research, the psychiatrist and former entrepreneur, Michael A. Freeman who is an expert in mental illness and entrepreneurship, underlines that more than half of the entrepreneurs interviewed in his study admitted struggling with mental disorders. Moreover, entrepreneurs were twice as likely to suffer from depression as non-entrepreneurs, three times more likely to suffer from addiction, four times more likely to suffer from ADHD and more than ten times more likely to be affected by bipolar disorder.

Whilst ADHD and addiction have often be depicted as the dark side of depression, disorders on the bipolar spectrum, specifically hypomania (a mild form of mania), has often been presented as seductive. According to the diagnostic manual of mental illness, people suffering from a hypomanic episode will experience at least three of the following signs: high self-esteem or grandiosity, rapid speech, lack of sleep, high production of ideas, distractibility, constant movement, a tendency for impulsive activities (for example sexual activities or ill thought out business investments) The media has chosen to idealize hypomania by highlighting the correlation between signs of hypomania with success. For example, David Hornik writing for Business Insider chose the following title; “Isn’t the “Hypomanic Entrepreneur” Redundant” insisting that “most of Silicon Valley is hypomanic” as if the characteristics of this mental disorder were a prerequisite for success. However, some entrepreneurs (suffering from this affliction), as well as some doctors, have revealed the risks linked to this condition. Paul English, founder of Kayak underlined that his hypomanic episodes allowed him to be determined, resilient, obsessively focused on his goals but he also recognised that these episodes were unsustainable and when he came out of them, he felt very vulnerable as he had to confront and justify his impulsive decisions, reconnect with the people around him that he had kept at bay (for not keeping up with his flow of ideas) and more importantly redefine his identity – especially outside work.

1) Awareness of the problem. Peter Holgate, co-founder of Ronin8 Technologies highlights the importance of learning and recognizing your weaknesses in order to control them and not let them control you. In his book, Emotional intelligence, Daniel Goleman advises to “recognize, understand and manage your emotions in order to recognize, understand and manage the emotions of others”.

2) Break the stigma that an entrepreneur cannot show vulnerability if he or she intends to be successful. Jason Saltzman, CEO, and founder of Alley chose to share his battle with anxiety and depression with his employees. Revealing his vulnerability allowed his employees to feel closer and more connected to him and gave them a chance to share their own struggles.

3) Put a plan in place. With the help of answers on the personality questionnaire StrengthsFinder, Peter Holgate, co-founder of Ronin8 Technologies decided to divulge all his team’s 5 main strengths and 5 main weaknesses (starting with his). This public information has allowed the team to better “manage expectations and resolves conflicts”

4) Incentive reappraisal. In their study, neuroscientists Vikram S. Chib and colleagues found that people can be more or less “loss averse” but most of us will choke at the idea that our performance will lead to a big loss of money. This is indicated by the decreased activity in a part of our brain called the ventral striatum. Chib’s study showed that if participants are presented with the idea that their performance would determine if they could keep money (rather than gain more) participants felt less pressure and the activity in the ventral striatum increased. Therefore, cognitive reframing, for example thinking that they were already successful and they just had to keep it that way, could help CEOs to reduce pressure on themselves and thus perform more efficiently.

In this age of Facebook, Twitter, and Instagram where it is possible to construct the identity one chooses, very few CEOs will want to be seen as vulnerable and struggling with mental health conditions. However, some brave entrepreneurs decided to take control of their narrative by publically addressing their mental conditions and coming up with strategies to get better. Not only did they obtain the respect of their team but they also participated in the destigmatisation of mental health issues which in turn allowed members of their team to come forward with their own issues.

How to lead in turbulent times

AI, IoT, and the Future of Humanity-Podcast

March 21, 2019 Join behavioral futurist William Higham and Pod Group founder & CEO Charles Towers-Clark for a fascinating discussion on Artificial Intelligence, IoT, and their impact on the present, and future, of mankind. AI, IoT and the Future of . . .

AI is going places in 2020. This was the subject of Business Cloud’s first podcast of the year. Host Alistair Hardaker, Business Cloud editor Jonathan Symcox, Tech Manchester’s Trish Keating, and myself took a light-hearted look at where AI is . . .